So far, we’ve only been generating drawings with straight lined shapes. This lesson will cover how we can use turtle to draw curves and circles. We’ll start by drawing some arcs, and then build up to the point where we can draw a full, 360° circle.

Key Concept: We can draw a line that appears to be curved by drawing a lot of much shorter lines and rotating only a little bit between each one.

To demonstrate this, let’s look at a program that draws the following 90° arc. This arc covers one quarter of 360°, so this is often called a “quarter arc”. 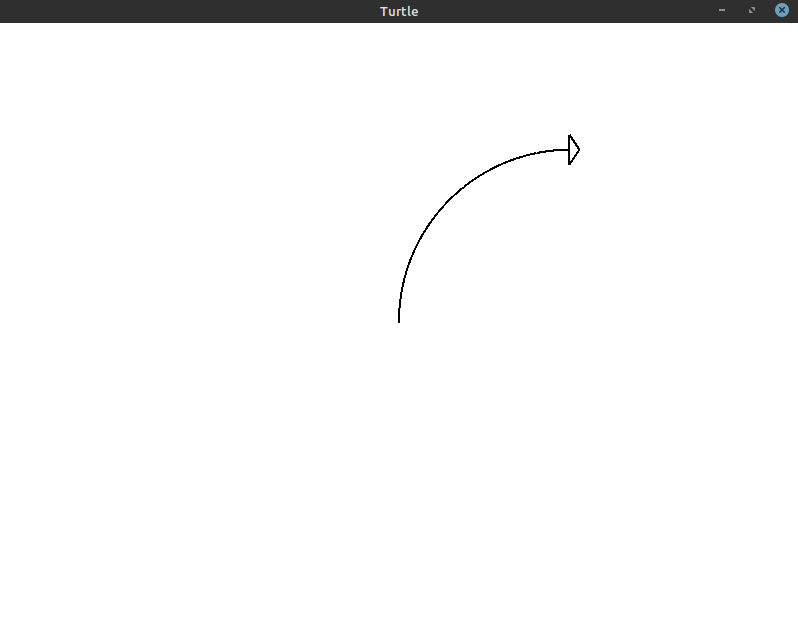 To figure out how to draw this quarter arc, let’s look at the differences between the start position of the turtle (shown below) and the image we’re trying to create above. 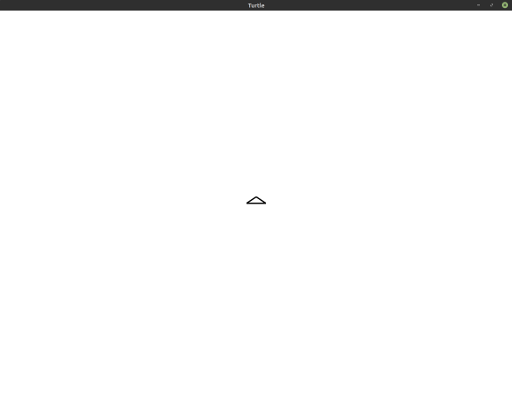 Notice that the turtle appears to go from facing the top of the window to facing the right. It has moved along a quarter of a circle to get there. The program to generate this arc is as follows:

As you can see, we’re doing exactly what we said we would do earlier: we’re drawing many very small lines and slightly adjusting our angle in every iteration. We instruct the turtle to move 3 steps forward and turn 1° to the right every time.

To confirm that this is actually working as described, let’s try decreasing the number of iterations and increasing the size of the lines we’re drawing. To draw longer lines, we’ll take more steps. We’ll also increase the amount we’re turning so that we still reach 90° by the time we’re done iterating.

Here’s the drawing that gets created with 3 iterations of the turtle drawing a line for 90 steps and turning 30° after each line. 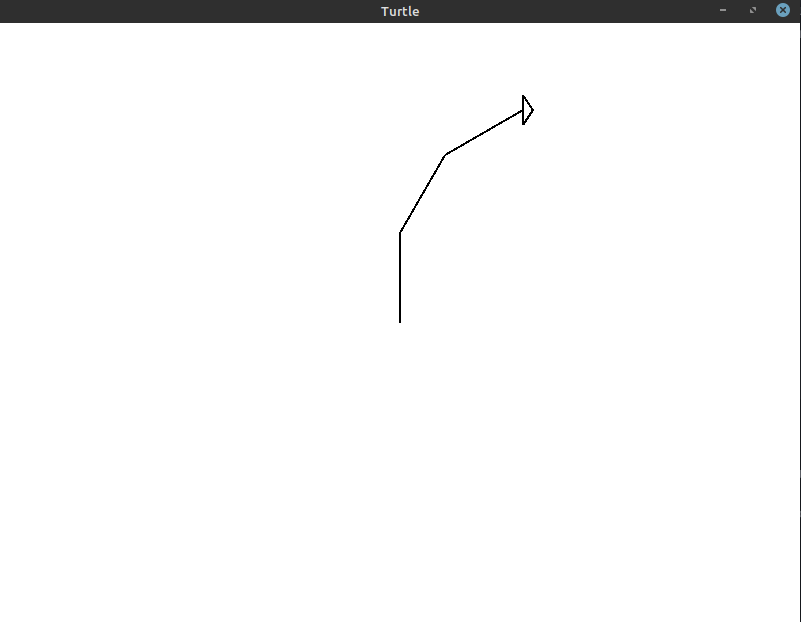 This is the code that generates this image:

You can see that we’re still turning the turtle 90° in total, but the curve doesn’t exactly follow the same circular arc we were getting before. To improve this, let’s try 5 iterations with an 18° turn every time: 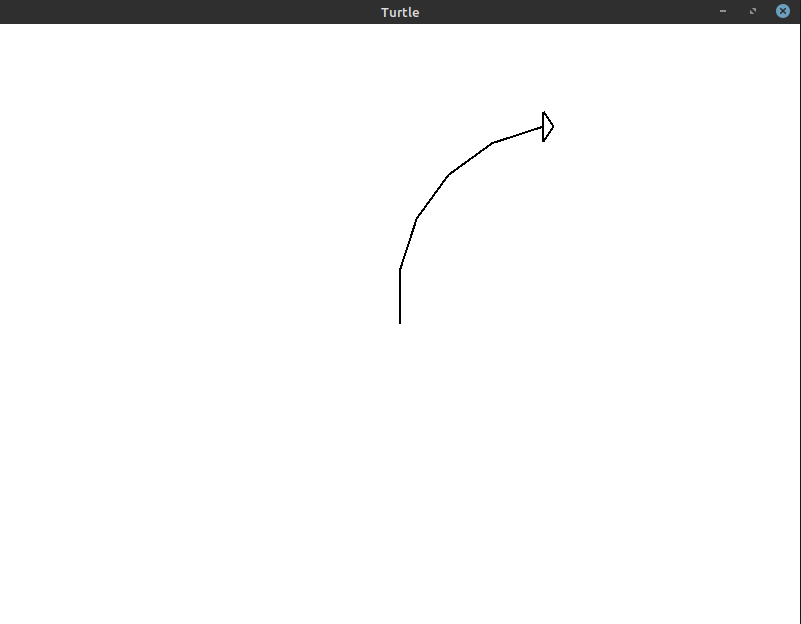 Here’s the code that generates that image:

This gets us a little closer! If we increase it to 9 iterations with a 10° turn, we get the following image:

The code for this image:

At this point, it’s almost indistinguishable. However, if you look close enough, you can still tell that there are 9 individual lines being drawn here. We can make the curve even smoother using 18 iterations with a 5° turn every time: 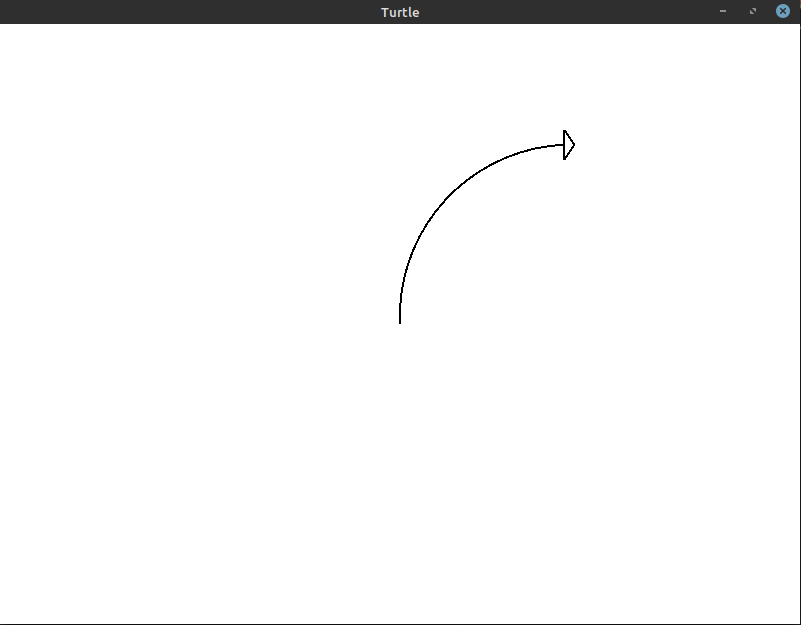 The code for this image:

With this many iterations, we get pretty close. Just to illustrate how much of a difference each increase in iterations makes, here’s a GIF that shows us getting closer and closer to the final quarter arc:

The number of iterations you need for your own drawings will depend on the size of the arc you are creating. To be safe, you can draw the most reliable and accurate arc: 90 iterations with a 1° turn every time:

This is the same program from above that gets us the 90° arc we initially set out to create.

This is probably not the program you want to write! While this program will work, let’s see what we can do if we think through the problem given what we’ve learned already.

That’s how we get to the program below:

This produces the complete circle shown below: 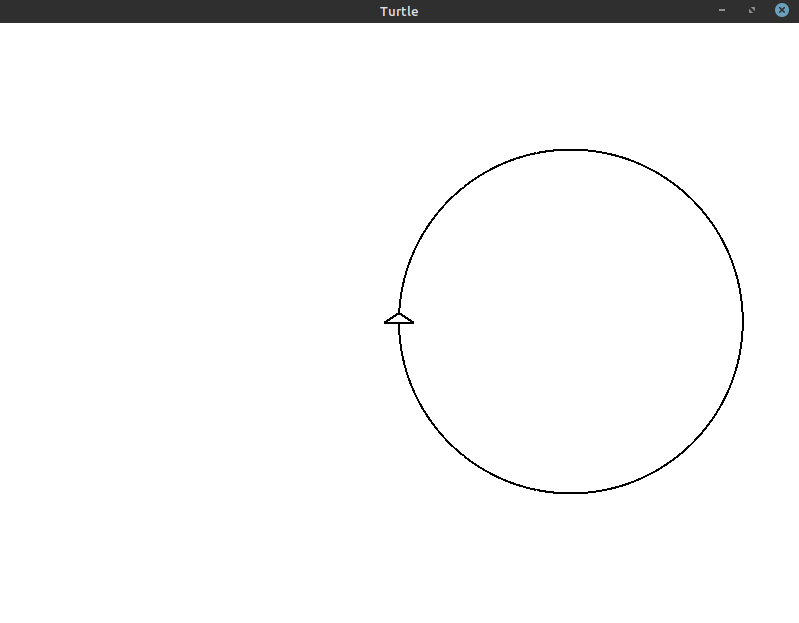